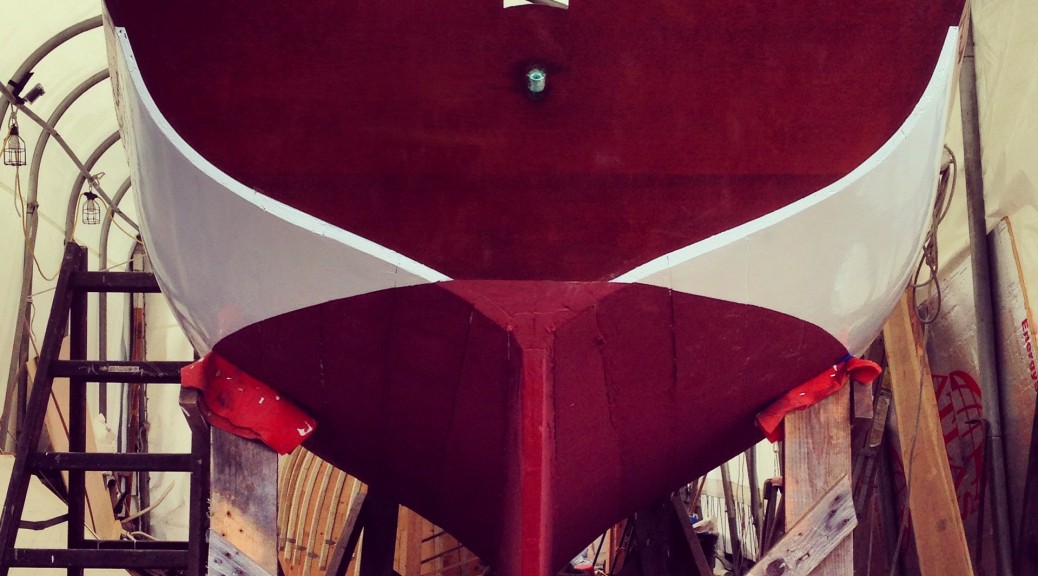 Woodwind came to the shop with a recent survey mentioning a few concerns including open plank seams, loose fasteners adn some separation of repairs in the rig. While she was still being actively said in the summers the owner brought her in this past winter to get these issues addressed.

The garboards were removed to gain access to the bottoms of the frame ends and their fasteners. Once they were off the floor timbers were more decayed than originally thought. The decision was made to replace the worst of them during  the reframing process.

The frames were bent in from the bottom to enable leaving most of the deck structure in place.

While the initially we hoped to just replace half the frames it was found that almost none of the frames aft of the forward bulkhead could hold fasteners.

The  remaining plank fastenings were replaced and then the hull was refaired. All the finishes were then restored for a cosmetic overhaul.